Preparing For A Terrorist Incident 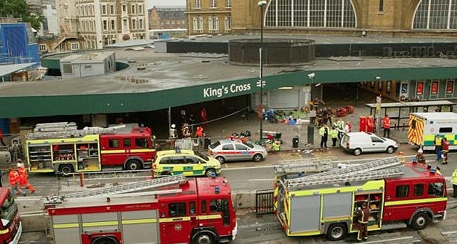 Preparing For A Terrorist Incident

The United Kingdom terror threat level was raised from “substantial” to “severe” in August 2014 in response to conflicts in Iraq and Syria.  It has also been stated that at least 4 terror plots were disrupted during 2014.  Sadly, as we enter 2015, the shocking terrorist attack on the French satirical magazine “Charlie Hebdo” which left 12 people dead will undoubtedly give UK companies further cause for concern.

I would stress at the outset that the risk of experiencing a terrorist related attack is extremely low. However, the increase in security at government and military establishments has seen a change in terrorist tactics.  This change of direction by terrorists has seen recent attacks on several “soft targets” in order to generate fear and hysteria. This has been the case in Kenya with the attack on the Westgate shopping mall the “Lindt” café in Sydney and of course in Paris.

The first preparatory act as part of a pre-incident process should be to commission a Risk Assessment; this will determine if any of the corporate facilities or retail outlets in your portfolio could be at risk.  The key point to remember when undertaking such a task is that your risk level is based upon an assessment of the likelihood of the event occurring and the consequences if the risk manifests itself.

When assessing the terrorist threat you must also consider your neighbours who share or reside in the environment in which you operate. Therefore, if you are adjacent to or close to a government or military building this will have an impact on the probability score when you make your assessment.

Having conducted your assessment and identified those sites that may be at risk of a terrorist attack it is essential that the Executive Team are made aware of the findings. By creating a record of the potential exposure you need to record the actions you intend to take. You should also establish and agree upon your organisations' level of “risk tolerance” and responded accordingly.  It may be that you decide to accept the risk as it is; you may look at improving the security at specific sites (known as risk treatment) or in a worst-case scenario you may decide to cease operating because a site falls outside of your acceptable bounds.  At this stage in the process, some organisations may consider purchasing an insurance product, to offset the financial impact of such an event. While this is a sensible course of action it must be borne in mind that the funds will only become available after the event.

Terrorist attacks are unpredictable and extremely traumatic for anyone who is unfortunate enough to be caught up in one.  They attract a huge amount of media attention and civilian organisations that become involved will have very little influence on proceedings and final outcome.

However, by preparing a crisis plan and training a crisis team you increase your chances of being viewed by media and law enforcement agencies as a responsible and professional organisation. All members of the crisis team should undertake crisis training. This activity will not only help to validate the crisis plan but it will also build confidence and develop understanding of roles and responsibilities during a live crisis.