Brand and Reputation Protection In A Crisis 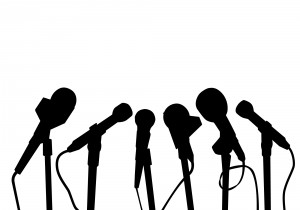 Brand and Reputation Protection In A Crisis

It should be remembered that reputational damage is invariably a consequence of a catastrophic operational failure or serious human error. There are some that believe their crisis will be resolved and their reputation restored shortly after the arrival of their public relations team.  While this team will certainly assist in the management of the crisis, the organisation must identify the causal effect of the incident and execute a plan to prevent a reoccurrence.

A priority with a major incident is to nominate a crisis team that will focus on the issue and coordinate all the resources that are required to bring the incident to a successful resolution.  In an ideal world the crisis team does not include the CEO, as he or she will need to focus on the management of the business as a whole. That is not to say that his/her crisis management team will not provide updates on the progress of the crisis or require their assistance. An example of this would be on occasions where the CEO is required to make statements to the media as the senior representative of the organisation.

Asking a CEO to step to one side in a crisis is extremely difficult but it can pay dividends in the long run.  The down side of not doing this at the right time was demonstrated when Tony Hayward, the former CEO of BP famously stated to the media; “I’d like my life back!” during the Deepwater Horizon crisis after 11 men had lost their lives while working for BP. This public relations gaff came 5 weeks after stating the crisis was his number one priority and it ultimately led to his demise as CEO and a fall in the company share price.

Once established, the crisis team must quickly set out their strategy and embark on the public relations campaign.  It is important at the outset to establish credibility and rebuild reputation and status.  This is one area where the PR team must lead the crisis team’s effort; they may suggest a strategy of publishing independent research articles that support the clients’ argument. They will undoubtedly advise on the how to approach social media and how to communicate in a positive tone to clients and employees.

In addition to winning the communications battle it is important to address the fault that caused the crisis in the first instance. This is often the greatest challenge and may require the organisation to admit that it has failed in some area or other.  It is crucial to demonstrate that the organisation is working to find the cause and that they are not afraid to introduce changes to prevent a reoccurrence.  Transparency at this stage is absolutely fundamental because the organisation will be intense media scrutiny and any indiscretion or false statement will eventually be discovered.

In the course of rebuilding reputation, identifying the cause of the incident and rectifying it, the crisis management team may need to deal with regulatory bodies, law enforcement agencies, loss adjusters, unions and legal challenges.  Clearly these issues cannot be resolved by public relations alone and other subject matter experts must be called upon to guide the crisis team.

The public relations team will play a key role in a crisis where reputation and brand is at risk.  Their role is made easier when subject matter experts supply them with accurate information and data in relation to the incident. However the chairperson must maintain an overview of the crisis in its entirety and not lose focus.